Welcome to The Den: How this writing coach created a niche with Marco Polo Channels 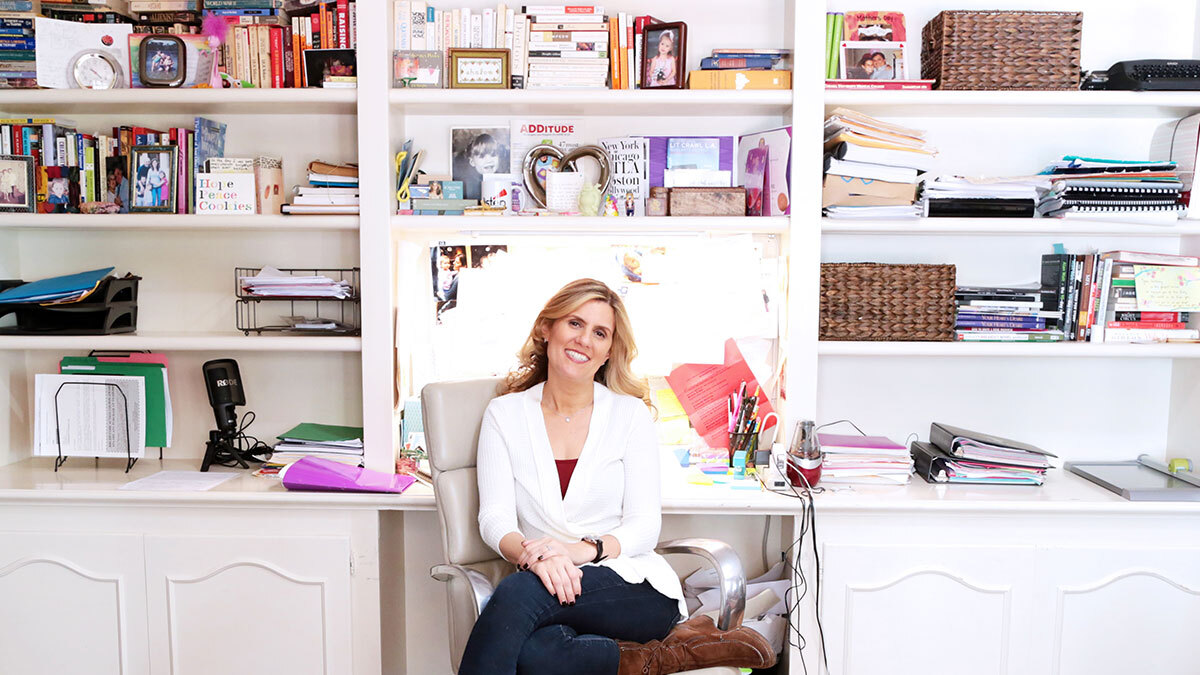 After spending more than a decade raising three spirited kids, Robin Finn went back to school and earned a Master’s Degree in Spiritual Psychology. Through that experience, she re-discovered her love of writing.

She began writing essays close to her heart and her home, offering funny, irreverent, and poignant insights into parenting a son with severe ADHD, nurturing a loving marriage with teenagers in the house (awkward!), and navigating the irony that despite having earned a degree in spirituality, her life often felt like a battle between inner peace and outer chaos.

An ever-widening circle of peers encouraged her. Major outlets began to publish her work. She wrote a novel. Robin found, to her great surprise, that she had launched a career as a professional writer. And with that, other women sought her guidance on how they could start or reinvigorate their writing, too.

Under the brand HEART. SOUL. PEN., Robin built a full-blown writers’ community and a profitable business focused on private coaching, writing classes, workshops, and events to help busy women writers of all experience levels tap their creative cores in a lively, supportive environment.

“My business was going well, but I was looking for a way to reach more women,” she says.

When the coronavirus hit, Robin moved all her existing classes to Zoom. Amid that shift, she also accepted an invitation to teach virtually at the Scarsdale Adult School in Scarsdale, NY.

Teaching online, and having students tune in not just locally but from New York, Boston, and other East Coast locales, got Robin thinking about the ways in which virtual learning could help her business evolve, even beyond the pandemic.

In contrast to bringing, say, eight students into a room once a week, what if she could bring together multitudes of women every day from around the world in a way that supported their rich, full schedules – which, like her own, already revolved around careers, kids, and busy households?

“Not everybody can take a live class,” she says. “Not everybody can be somewhere at four pm Pacific. I was looking for a platform to support asynchronous learning, but I didn’t want to lose the sense of community that comes from being together.”

Robin tried out numerous online learning platforms but didn’t see anything that would replicate the personal connection and authenticity that made the HEART. SOUL. PEN. community so special. So when a peer from her authors’ group suggested Marco Polo Channels, she dived in to explore, first by trying out Marco Polo app and then connecting with the Channels team.

A Channel where creativity comes with equal parts structure and flexibility

Robin has positioned her Channel as a subset of HEART. SOUL. PEN., a space with its own distinct format, enough structure to encourage writers’ momentum week to week, and enough flexibility to accommodate everyone’s busy schedules.

To keep members on track, Robin has a regular weekly schedule. Motivation Mondays get participants in gear with making creative commitments that will support their writing for the week. Tuesday, Wednesday, and Thursday are writing days, when Robin provides fun, creative prompts for two-minute writing exercises (she calls them “mini-writes” for short) along with Q&A, tips, reading recommendations, and other tidbits.

On Fridays, Robin asks her writers to acknowledge their hard work in small ways such as walking in nature or sharing an inspirational quote. Writers also have the opportunity to post “project reports” where they update the community on how their writing projects are going, or ask for support, or share questions. Weekends are for the Story Train Challenge, when Robin posts the start to a group story, and members continue it.

Robin provides unique, strength-based feedback on every post; Channel members actively offer supportive feedback as well. This collective sharing of creativity and brain power makes every member’s experience more valuable, and it’s what members tell Robin they love the most. And writing in short-form micro-bursts frees members to practice creatively without the pressure of having to meet a word count or a deadline.

“Whatever time you have, however much you can give, whenever you can fit it in, it is enough,” Robin tells her writers. “And if you have to hide in the bathroom – while your kids are banging on the door – to post your two-minute write, that’s fine, too.” Robin believes in the power of women’s voices to change their lives. The Writers’ Den motto is, “You Are Enough.”

Expanding a community and a client base

The Den has grown steadily since its launch, with more members and greater income each month. With a lot of convenience and little effort on Robin’s part, Channels has added a whole new dimension to her business.

Robin now has a way to keep students close after they’ve completed her live classes or workshops, or during seasonal breaks. “I can say ‘Hey, join the Den!’ and give them a month free. People opt to stay for a second month because they enjoy the daily support…even when they are back in class. And for people who have schedules that don’t allow a weekly class, the Den is a great way for them to stay in the circle.”

The Den offers prospective students more options. Robin notes that not everyone can afford to work with a private writing coach or take a long term class. With the Den, there’s a middle ground. “People can work with me and be in a nurturing community of writers, but at a lower price point. I love not having to turn anyone away. The Den provides a great flexible option for many writers.”

#1.  Ease of use. If Robin and her members have their phones, they have what she calls a “writing community in their pockets.” “I have members who post their writing while sitting outside or parked in their cars with their kids. The app’s ease of use is huge, especially for mom writers.”

#2. The immediacy of video-first coaching. “You get to see each other’s faces and hear people’s voices. If The Den had been an online chat group, it wouldn’t feel the same at all. The Den creates connection by allowing us to see each other.” That’s the nature of video feedback, and that’s what makes people want to be part of it.

#3. The asynchronous Channels experience. “In a traditional writing class you have to be all together somewhere at the same time. Being able to guide people through writing whenever it works for them enables many more people to connect with me. It has significantly expanded the people I can reach.”

#4. The casual authenticity of the platform. “On other video platforms there is an idea that you need to be fancy or curate your space. With Channels, it’s, ‘Come sit with me.’ You don’t need to be dressed up or made up or even clean up your room. Just write and share and post. That is enough.”

Robin Finn is a Los Angeles-based writer and coach whose work has appeared in The New York Times, The LA Times, Buzzfeed, The Washington Post, and other national publications. She holds master’s degrees in public health and spiritual psychology and is the author of the novel Restless in LA. Find out more on Robin's website.