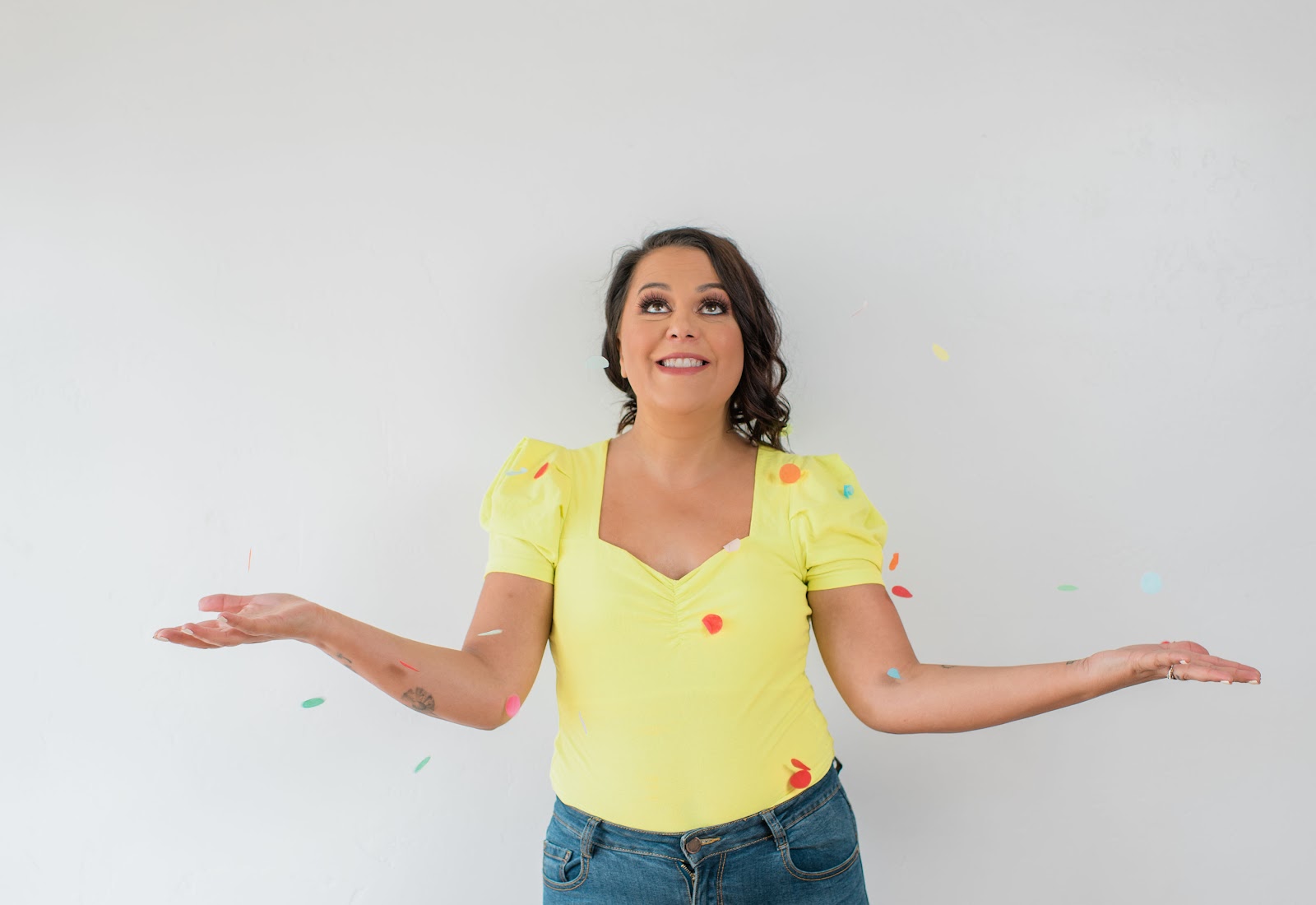 Years ago, when Aria Leighty was learning to juggle her roles as young mom and business owner, she found herself looking for support – from anywhere, from anyone.

Tired of not being taken seriously when she had to bring her daughter to a meeting (to name one of dozens of examples of mainstream businesses just not getting it), Aria envisioned a group of women who framed entrepreneurship and motherhood not as competing struggles, but as integrated, creative endeavors. Who understood that even as they balanced multiple responsibilities, their unique challenges could serve as stepping-stones, not impediments.

Aria didn’t see a network like that, so she created one. And what started as a small Facebook group in 2012 has blossomed into The MOB Nation, an award-winning mom-owned national business alliance that has grown along with Aria’s profile as a creative consultant and business leader.

With Channels by Marco Polo, Aria discovered a platform for amplifying her voice and monetizing her coaching business in a way that perfectly meshed with her brand, values, and style. (Hint: There’s glitter involved.)

Seeking an organic way to distribute and monetize content

The MOB Nation now comprises hundreds of paid members (think Chamber of Commerce for mom-owned businesses), a 10,500 member Facebook group, 25 monthly meetups across the U.S., and MOBCON, the annual MOB Nation conference. Since founding the alliance, Aria has met thousands of women entrepreneurs whose stories, questions, and requests for advice all come back to the same challenge: how to find a happy balance amid the sometimes-messy process of making business and motherhood work.

Enter glitter, which takes on powerful symbolism in Aria’s brand and her work, representing not only sparkle, happiness, and shine – “That’s what I want all women to do” – but also letting go of the fear of making a mess. Because embracing messes goes hand in hand with creativity, an essential component of success.

Aria launched the Glitter Mindset podcast in 2018 to broadly share the insights, experiences, and wisdom she’d acquired over the years; in its first 18 months, the podcast found a dedicated audience. But while Aria loved having a one-to-many platform for sharing her message, her heart wasn’t completely into the podcasting format. It involved a lot of production time and didn’t give her an opportunity to connect with her followers. She was considering other options.

“I wanted something more organic, and something I could monetize more easily,” she says. “I went back and forth about how I could best deliver my message, until I heard about Channels.”

Spreading The Glitter Mindset with Channels

When Aria set up the Glitter Mindset Channel, she found that it provided the same impact of her podcast but with key additions: the face-to-face connection of video; fast, responsive posting; and the opportunity for group interaction.

When new members join Aria’s Channel, she gets them up to speed with a pre-recorded five-day mindset challenge that includes lessons, exercises, and worksheets. After that, they get access to her live coaching content, which typically takes the form of three 7-10 minute posts, three times per week.

At first Aria spent Sunday afternoons creating a content plan for the upcoming week. But she found that members engaged more frequently and enthusiastically when she posted content that wasn’t overly planned or prescribed.

Whether she’s offering tips for managing business finances or deep-diving into the power of authenticity or forgiveness, Channels supports spontaneity and flexibility. It’s the perfect setup for a group of busy working moms.

“I post whenever I think of a lesson or happening that I want to share, and people can watch and participate on their own time. That might mean watching videos one by one, tuning in one day a week to catch up, or even watching out of order,” Aria says.

A new income stream, and more

The Glitter Mindset Channel is starting to play an integrated role in Aria’s business, beyond the basics of generating new subscription income.

Aria can record and share videos with a fraction of the overhead required to produce and edit a podcast, saving time and money. “I can upload video really quickly and without having to go through so many crazy steps – I just hit Record and then send it out.”

Channels is helping Aria further define her identity as a leader in a way that’s in sync with her message and her brand: authentically, joyfully, and spontaneously.

Aria’s Channel is starting to generate leads. Aria has booked three consulting calls with women who were familiar with her from The MOB Nation but really got to know her through The Glitter Mindset Channel. “By seeing my content over Channels, people come to understand who I am, how I work, and how they might see results if they sign on with me one-on-one. My other avenues of communication don’t offer that.”

#1. Streamlined, well-structured content presentation. “Everyone’s replies are organized right underneath the original post. It prevents a messy feed with a bunch of different side interactions.”

#2. Attachments and clickable links. “Attaching a worksheet directly under a post helps keep everything in one place; I don’t have to send a separate email with the attachment. That’s awesome and user-friendly.”

#3. Easy payment processing. “I love that Marco Polo handles payment, that it’s not something I have to do separately on my end. All I have to worry about is creating content.”

#4. A trustworthy platform and company. “Honestly, my favorite thing about Channels is Marco Polo as a company. As a small business owner who’s really focused on helping other mom-owned businesses, it means a lot to know that the platform I’m using is also mom-owned and takes great care of its employees, and that those employees are working hard behind the scenes to support Channel leaders. Content creators need more of those types of platforms.”